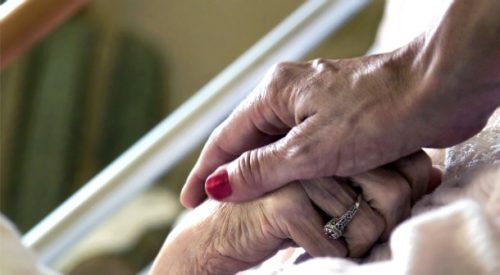 In a very revealing commentary published at jurist.org last month, long-time assisted suicide advocate Kathryn Tucker admits that the so-called “safeguards” included in physician-assisted suicide proposals aren’t really safeguards at all. In fact, she calls them “burdens,” “restrictions,” and “barriers.” She thinks it’s unfortunate that these restrictions are included in the laws of Oregon and Vermont, and laments the fact that the recently-passed District of Columbia Act includes them as well.

Tucker says the safeguards “impose heavy governmental intrusion into the practice of medicine.” She points to Montana as the solution – there, the state’s high court allows doctor-assisted suicide without any safeguards at all; it’s all subject to a doctor’s judgment about the “best standard of care.”

Well, you have to give her points for honesty. It’s refreshing at least. For years now the proponents of these suicide bills have been selling them to state lawmakers with their promise of “strict safeguards” to ensure there is no abuse or coercion in the way the laws are carried out. In contrast, those of us who have opposed physician-assisted suicide have consistently argued that the so-called “safeguards” in these bills are a con — as Wesley Smith has cleverly noted, they are the “honey to help make the hemlock go down.”

New York State lawmakers should not be fooled. No strict “guidelines” or “safeguards” can prevent the financial pressures, mistaken diagnoses, subtle coercion and other dangers that will inevitably accompany a policy of legalized death-making.