In his 2013 State of the State Address, Governor Andrew Cuomo called for enactment of the “Reproductive Health Act,” a bill that already exists (S.438) that would ease restrictions on late-term abortions, permit non-physicians to perform surgical abortions, and make abortion an untouchable “fundamental right” in state law. The Governor has since said that he will introduce a different bill to “codify abortion rights,” but he has not done so to date. 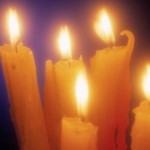 To protest these possible changes, New Yorkers for Life is sponsoring a “Candlelight Vigil for Life” on Monday evening, April 15, 2013 beginning at 5 p.m. in West Capitol Park on the Swan Street side of the Capitol. It will be a silent protest…just moms and dads, grandparents and children, holding candles and signs that ask simply, “Can’t We Love Them Both?”

I’ve been around Albany a long time, and rallies and marches are commonplace here. But silent candlelight vigils? Not so much. I believe it will be a stunning visual, a powerful public sign of the commitment of so many New Yorkers to safeguard the inherent value of each and every human life.

Please join us to pray and protest any abortion expansion in the State of New York. Even if you can only stay for an hour from 5 to 6 pm, 6 to 7 pm, or 7 to 8 pm, please come.  Let us, in solidarity, witness to the sanctity of human life.