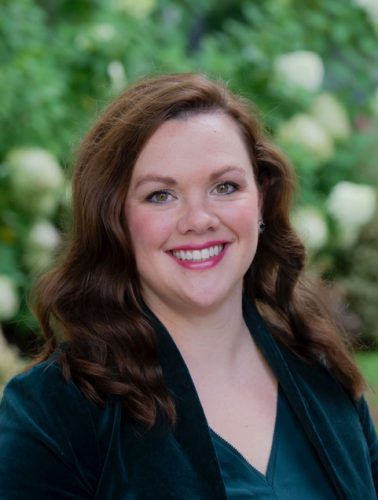 Kristen Curran, an experienced Albany lobbyist and government affairs professional, has been appointed Director of Government Relations for the New York State Catholic Conference, Executive Director Dennis Poust announced today.In her new role, Ms. Curran will represent the interests of the Conference at the state legislature on a broad range of public policy issues. She comes on board on January 1. “I am thrilled to be joining the talented and dedicated team at the New York State Catholic Conference,” Ms. Curran said. “The work of the Catholic Church enriches our communities and lifts up those in need. I’m looking forward to advancing these initiatives so that the Church may serve New Yorkers more effectively and continue to be a voice for the voiceless.”Mr. Poust said, “Kristen brings a wealth of talent, experience and established relationships to this position, and possesses a deep understanding and appreciation for the breadth of Catholic social and moral teachings. We couldn’t be happier to have her advocating for the Bishops’ public policy priorities at the state Capitol.”Born and raised in Albany, Ms. Curran is a product of Albany Catholic schools and a graduate of Siena College, where she received her Bachelor of Science degree. An attorney admitted to practice in the Third Department of New York State, Ms. Curran received her Juris Doctor degree from Albany Law School. She has been a lobbyist for nine years and has extensive experience in organized labor and all levels of government.She lives in Albany with her husband, James, and their children, Colleen, Clare, and Jack. They are parishioners of St. Pius X Church in Loudonville.

Statement on Appointment of Bishop Robert Brennan as Bishop of Brooklyn 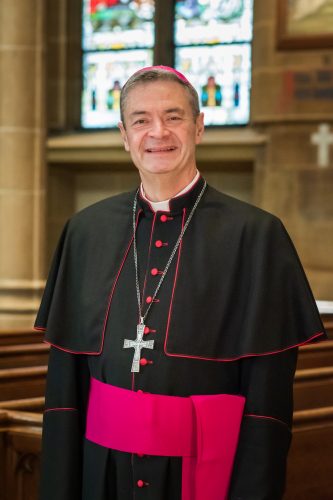 Following is a statement from Dennis Poust, executive director of the New York State Catholic Conference, on Pope Francis’ appointment of Bishop Robert J. Brennan of Columbus as the eighth Bishop of Brooklyn, succeeding the retiring Bishop Nicholas DiMarzio.

“We are so grateful to Pope Francis for sending Bishop Robert Brennan home to New York, as the eighth Bishop of Brooklyn. Bishop Brennan, a born-and-bred New Yorker, was an integral member of the New York State Catholic Conference during his time as a priest and auxiliary bishop in the Diocese of Rockville Centre. To Bishop Brennan, we say, ‘Welcome home!’

“As we rejoice in Bishop Brennan’s homecoming, we also give thanks for the ministry of Bishop Nicholas DiMarzio, whose  leadership over the last 18 years has been an incredible gift to the people of Brooklyn and Queens. As perhaps the Catholic Church’s foremost expert on migration issues, he has been an invaluable asset on the state and national level in framing the Bishops’ positions on immigration reform, treatment of refugees, and other issues related to new Americans. Our expectation is that we will continue to rely on Bishop DiMarzio’s counsel on these and many other issues for years to come.

“The Diocese of Brooklyn is perhaps the most diverse and densely populated diocese in the country. With Mass regularly celebrated in 33 languages throughout its 177 parishes, it is a living witness to the universality of the Catholic Church. It is a diocese that has seen tremendous economic, social and demographic change over the last two decades. We are overjoyed that following Bishop DiMarzio’s historic tenure, this dynamic diocese now will be in the very pastoral and capable hands of Bishop Brennan.”

Statement on resignation of Governor Cuomo

Following is a statement from Dennis Poust, executive director of the NYS Catholic Conference, on the resignation of Gov. Andrew M. Cuomo following an attorney general report detailing claims of sexual harassment against multiple women:

“The last several months, and in particular the past week, have been a difficult time for the people of New York State. Our prayers are with the women who came forward to share their stories. This was not easy for any of them, and their example will help other women to feel empowered to speak out and send the strong message that sexual harassment must never be tolerated, wherever and whenever it occurs.

“We pray also for our incoming governor, Kathy Hochul, as well as for her husband and children, as she undertakes her new, enormous responsibilities as the leader of our state as we continue to fight a deadly pandemic.

“Finally, we pray for all those directly impacted by Governor Cuomo’s resignation, including his family, his staff, and Mr. Cuomo himself.”

Letter to Congress regarding Hyde Amendment

Following is the text of a letter from Dennis Poust, executive director of the NYS Catholic Conference, to the full New York congressional delegation, regarding taxpayer funding for abortion, dated July 7, 2021:

“On behalf of Cardinal Timothy Dolan and the Catholic Bishops of New York State, I write to urge you to reject taxpayer funding of abortion, and to oppose appropriations bills that do not include the long-standing, bipartisan Hyde Amendment and related pro-life policies.

“These consensus provisions have been approved year after year by Congress and Presidents of both political parties. For almost half a century, the Hyde Amendment has protected taxpayers from having abortion imposed upon them by forcing them to pay for an act that destroys unborn human lives. The U.S. Supreme Court has upheld the constitutionality of the Hyde Amendment, and has said that government may reasonably favor childbirth over abortion and allocate funding accordingly (Harris v McRae).

“Whatever one’s position on the morality or legality of abortion, we all know it is unique. Indeed, the High Court has said: ‘Abortion is inherently different from other medical procedures, because no other procedure involves the purposeful termination of a potential life.’ When the federal government subsidizes certain conduct, it encourages the behavior. Through the allocation of their tax dollars, Americans should not be compelled to finance nor encourage the practice of abortion.

“In his 2013 Apostolic Exhortation Evangelii Gaudium, Pope Francis declared: ‘Among the vulnerable for whom the Church wishes to care with particular love and concern are unborn children, the most defenseless and innocent among us. Nowadays efforts are made to deny them their human dignity and to do with them whatever one pleases, taking their lives and passing laws preventing anyone from standing in the way of this…It is not ‘progressive’ to try to resolve problems by eliminating a human life…’

“I urge you to partner with us in providing support, funding, and programs to assist pregnant women facing challenging situations, and to empower them to bear their children and raise their families with dignity.

“Again, I implore you to oppose any appropriations bill that expands taxpayer funding of abortion.

“Please know that you and your staff are in my prayers and the prayers of the Bishops as you continue your important work on behalf of our beloved country.

Timothy Cardinal Dolan, Archbishop of New York and President of the New York State Catholic Conference, with the consent of the other seven diocesan Bishops of the state, has appointed Dennis Poust as Executive Director, effective immediately. Poust, a 20-year veteran of the Conference, has been serving in an interim capacity since January. He succeeds Richard E. Barnes, who resigned late last year to take a position with the Mother Cabrini Health Foundation. 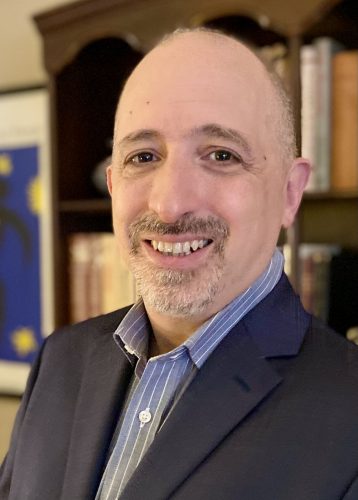 “My Brother Bishops and I are grateful that Dennis has accepted the position of Executive Director on a permanent basis,” Cardinal Dolan said. “He has brought welcome continuity as the staff navigated the 2021 Legislative Session in Albany. At the same time, we Bishops have been impressed with his vision for the Conference going forward, with a focus on further engaging the Catholic people of our state toward faithful citizenship.” END_OF_DOCUMENT_TOKEN_TO_BE_REPLACED

Emergency Assistance to Non-Public Schools in the American Rescue Plan

Following are public comments submitted to the United States Department of Education by Dennis Poust, interim executive director of the NYS Catholic Conference, regarding emergency assistance to non-public schools in the American Rescue Plan Act:

The New York State Catholic Conference (NYSCC) is very grateful to the President and Congress for the two rounds of Emergency Assistance to Non-Public Schools (EANS). Moreover, we applaud the approach of administering the program centrally through State Education Agencies (SEAs) as opposed to the more burdensome and often frustrating approach of having non-public schools work with numerous Local Education Agencies (LEAs) to secure their “equitable share” of services. Administering federal funding for non-public schools through SEAs eliminates much of the administrative burdens that plague public and non-public school administrators alike – and this approach should serve as a model when the reauthorization of the Elementary and Secondary Education Act is being considered.

END_OF_DOCUMENT_TOKEN_TO_BE_REPLACED

“The passage of legislation to legalize possession and consumption of marijuana for recreational use in New York State is terrible policy that sends a message to children that marijuana is harmless fun endorsed by the state. The reality is quite different. END_OF_DOCUMENT_TOKEN_TO_BE_REPLACED

Statement on the Signing of the HALT Solitary Confinement Act

Following is a statement by Dennis Poust, interim executive director of the New York State Catholic Conference, on the signing of the Humane Alternatives to Long-Term (HALT) Solitary Confinement Act:

“I applaud Governor Cuomo for signing the HALT Solitary Confinement Act into law. Criminal Justice reform organizations, including the Catholic Conference, have fought for years for fundamental reform and alternatives to long-term incarceration. With this law, that goal has finally been achieved. END_OF_DOCUMENT_TOKEN_TO_BE_REPLACED

“Today is a historic day in New York, with the passage of the HALT Solitary Confinement Act in the state Senate, two days after it passed in the state Assembly.

“Simply put, long-term solitary confinement is torture. The deprivation, lack of normal human interaction, and extreme idleness fundamentally alter the brain and can cause immense psychological suffering, self-harm, and often lead to suicide. Issues with which people enter segregated confinement — mental illness, addiction, anger, despair — are only exacerbated by extreme isolation. Additionally, a disproportionate number of those in solitary confinement are people of color.

END_OF_DOCUMENT_TOKEN_TO_BE_REPLACED

Statement on start of legalized commercial surrogacy in NYS

On April 3, 2020, as the nation was in the early grips of the COVID-19 pandemic and the state was in complete lockdown, the New York State legislature passed its state budget for FY 2021. Buried in that 400-page document, passed at 3 a.m., was language legalizing commercial gestational surrogacy in the state. The dead-of-night move came after years of opposition to legalization by some feminist groups and the Catholic Conference because it exploits women, reducing their bodies to raw materials for the wealthy to create biological offspring, and exploits the children born of such arrangements, who are treated as commodities to be bought and sold.

Today, the legislation took effect legalizing these commercial arrangements, which in recent years have been banned in the European Union, Canada, Australia and New Zealand, much of Asia, and several countries in South America, precisely because the practice is exploitive and leads to trafficking of women and children.