Catholic Charities leaders from across the state will convene at the Capitol in Albany on Monday and Tuesday, Feb. 9-10, to advocate for their 2015-16 state budget priorities. The New York State Council of Catholic Charities Directors, representing all eight dioceses of the state, will meet with key legislators and members of the Cuomo Administration on behalf of the state’s poorest and most vulnerable citizens.

The Council’s budget priorities include:

The Council of Catholic Charities Directors will also hold a reception on the evening of Feb. 9 at the Albany Hilton.

“Along with Catholic school families across the state, we are deeply disappointed and angry at the failure to pass an Education Investment Tax Credit, which would have generated needed scholarships to help families afford parochial schools, yeshivas and other non-public schools, as well as benefitted public schools and all teachers.” END_OF_DOCUMENT_TOKEN_TO_BE_REPLACED

Statement of the NYS Catholic Conference

NYSUT and their allies recently issued a memorandum of opposition to the proposed Education Investment Tax Credit in an attempt to discredit the legislation’s worthy and socially valuable purposes. They are not only misguided in their efforts but completely inaccurate in their description of the bill’s provisions and effects.
In fact, they make claims about provisions that are not even contained in the legislation.

To set the record straight, the legislation:

Furthermore, New York State already provides some $4.6 billion in state tax credits every year for a myriad of purposes, including job creation, brownfields redevelopment, local beer brewing and more. Some $427 million is expended on credits for Hollywood film and TV show production.

New York can do better to address educational and income inequality among children and families. The Education Investment Tax Credit would do just that. 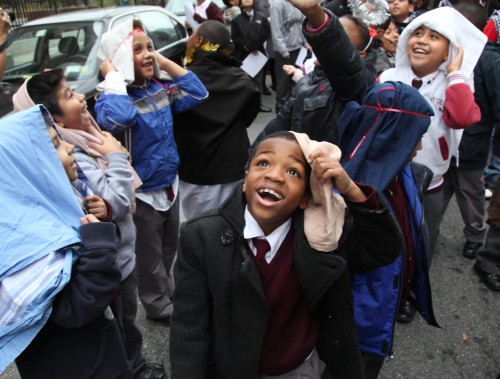 Below is the text of a bulletin insert (also in Spanish) that is to be distributed statewide this weekend to more than 2 million Catholics. Gov. Cuomo has indicated there is still time to pass the Education Tax Credit and the Bishops are urging Catholics to contact him immediately, asking that he use his leadership to get it passed.

Calling on Governor Cuomo and Leaders in Albany: Don’t Let Us Down

More than 200 Catholic schools have closed in the last 15 years throughout New York State, as families and parishes, who strongly believe in the value of Catholic education, struggle to keep up with increasing costs.  Many of our public schools also desperately need help.

The New York State Catholic Conference has received a $25,500 grant from Our Sunday Visitor to produce a high definition educational video and web site presenting the Church’s teachings on end-of-life issues, serving as a resource for Catholics throughout the country in navigating the sometimes confusing ethical terrain.

The grant stems from the success of a 2011 booklet by the Catholic Bishops of New York State, entitled Now and at the Hour of Our Death: A Catholic Guide to End-of-Life Decision-Making, which was met with great enthusiasm by pastors, chaplains, health care professionals and individual Catholics, and has seen multiple printings. The video and website will present similar information and additional resources in a simple, easily distributable manner in an effort to reach as many people as possible.

“We are very excited about this project because, as medical  technology progress and more people opt for advance care planning, there is a great need to proclaim the beautiful and instructive guidance of the Catholic tradition,” said Kathleen Gallagher, director of pro-life activities for the Catholic Conference. “We are so grateful to Our Sunday Visitor for the crucial funding which will enable us to reach countless Catholics and others in their time of need.”

Statement on U.S. Supreme Court decision on prayer at town board meetings

Today the U.S. Supreme Court upheld the right of the Town Board in Greece, N.Y., to open its meetings with prayer.

“In its decision in the Town of Greece case, the Supreme Court has correctly interpreted the Constitution and reaffirmed the rightful place of ceremonial prayer in the proceedings of American government. Some in our country may wish it otherwise, but a simple reading of the Declaration of Independence (‘The unanimous Declaration of the thirteen united States of America’) confirms that this nation was built on the foundational understanding that our rights are derived from our Creator, whereas government is the instrument made by the people ‘to secure these rights.’ We do not owe our thanks to government for our rights; the Constitution was and is merely a written and interpreted expression of the rights already granted us by God. Our uniquely American public ceremonial prayer is a recognition of these ‘self-evident’ truths, and those who seek to undermine this practice do so, unwittingly perhaps, but systematically and steadily, at the peril of the Republic.”

“The Bishops of New York State are extremely disappointed that, despite the support of so many rank-and-file members in the state Legislature from both parties as well as religious, business and labor leaders, the Education Investment Tax Credit has not been included in the state budget agreement. END_OF_DOCUMENT_TOKEN_TO_BE_REPLACED

Following is a statement from Timothy Cardinal Dolan, archbishop of New York and president of the New York State Catholic Conference, regarding ongoing state budget negotiations in Albany:

“We have been advocating for the Education Investment Tax Credit as a critically needed measure to help provide scholarships for families to pay tuition for children attending private and parochial schools. At this time in Albany, there is discussion of expanding this education tax credit concept to include scholarship funding for college students in need, including those students who might not otherwise qualify for other assistance opportunities. We support this expanded concept and urge its passage.”

Timothy Cardinal Dolan, archbishop of New York, and the Catholic bishops of New York State are in Albany today, March 18, and tomorrow, March 19, to rally support for the education investment tax credit legislation under consideration in the state legislature. The cardinal and the bishops will be asking Gov. Cuomo and legislative leaders to include the tax credit in the state budget, which is currently being negotiated.

“Education tax credits are about helping students, and I pray for their sake that our efforts are successful. The time to pass this bill is now,” said Cardinal Dolan.  “With the support of so many of our state’s great labor unions and business leaders, and so many of my brothers and sisters in ministry, I think we have a great chance to do so.” END_OF_DOCUMENT_TOKEN_TO_BE_REPLACED

Statement on the appointment of Bishop-elect Scharfenberger to Albany 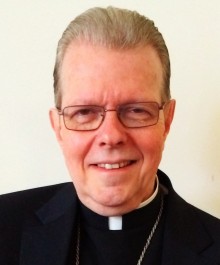 “It is with great joy that we welcome Pope Francis’ appointment of Msgr. Edward B. Scharfenberger as the 10th Bishop of Albany. We are excited to get to know our new local bishop and we look forward to his strong voice impacting the important pastoral and public policy issues facing the Church in the entire state of New York. We also heartily welcome Msgr. Andrzej Zglejszewski as a new Auxiliary Bishop of the Diocese of Rockville Centre.

“Bishop-elect Scharfenberger’s spirituality, his legal training and his long history as a pastor in a multi-ethnic parish in the melting pot of Queens will serve him well in Albany. As a Bishop whose cathedral is next door to the Executive Mansion and across the street from the Capitol complex, he will undoubtedly have a key role to play as a point person in public policy matters for the Conference. END_OF_DOCUMENT_TOKEN_TO_BE_REPLACED