Shannon Kelly, chief operating officer of Catholic Charities of Orange, Sullivan, and Ulster testified in support of the Farmworkers Fair Labor Practices Act on May 2 at a legislative hearing held in Loch Sheldrake in Sullivan County. The hearing was one of three regional hearings being held around the state on the controversial legislation, the others being on Long Island and in Western New York. The NYS Catholic Conference has supported the farmworker rights bill through its more than two decades of consideration by the state legislature.

“We must ensure that farmworkers are treated humanely and with dignity, in the same way we work to ensure other workers of our state are treated,” Kelly said. “This is not about putting farmworkers ahead of farms. You can’t support the farmworkers without supporting the farms, and vice versa. Both depend on and need the other.”

END_OF_DOCUMENT_TOKEN_TO_BE_REPLACED


In a decision dated yesterday and received this morning, New York State Supreme Court Judge Christina L. Ryba granted full relief to plaintiffs (including the NYS Council of Catholic School Superintendents) who had challenged new State Education Department guidance mandating that local public school districts visit and evaluate all private schools. The guidance was challenged in three separate lawsuits (one by Jewish organizations and schools; another by the NYS Association of Independent Schools, as well as individual schools; and a third by the Catholic school superintendents and individual schools). All three challenges were consolidated in oral arguments, which were heard on April 15. Judge Ryba issued her order two days later, striking down the new guidance as null and void.

Judge Ryba found that the “guidance” actually amounted to mandatory “rules,” which were not implemented in compliance with the State Administrative Procedures Act.

END_OF_DOCUMENT_TOKEN_TO_BE_REPLACED


The New York State Catholic Conference, Catholic Charities of the Archdiocese of New York, and Catholic Charities Brooklyn and Queens, are calling on the United States Supreme Court to uphold a lower court ruling blocking a proposed question on citizenship from appearing on the 2020 U.S. Census.

The Catholic entities, joining with other religious and secular human services organizations, filed an amicus curiae (friend of the court) brief supporting a lawsuit brought by New York and several other states and entities against the United States Department of Commerce. The Supreme Court is scheduled to hear the case April 23 following a favorable decision for the plaintiffs in federal district court in the Southern District of New York in January, which the government has appealed.

END_OF_DOCUMENT_TOKEN_TO_BE_REPLACED


The New York State Catholic Conference and the Council of Catholic Charities Directors are grateful that the New York State Senate and Assembly both included in their one-house budget resolutions a 2.9 percent cost of living adjustment (COLA) for the state’s human services sector.

END_OF_DOCUMENT_TOKEN_TO_BE_REPLACED

The proposed Executive Budget contains a policy proposal unrelated to the state’s finances which repeals New York’s longstanding prohibition on commercial reproductive surrogacy. The language, misleadingly named the “Child-Parent Security Act,” is included in the Public Protection and General Government Article VII legislation (S.1505-A/A.2005-A), Part QQ, beginning on page 200. We strongly oppose this language and urge that it be excluded from the final 2019-2020 SFY Budget.

Currently, New York Domestic Relations Law declares surrogacy contracts contrary to public policy, void, and unenforceable. Vendors who assist in arranging such contracts are liable for up to a civil penalty of $10,000 and forfeiture of the fee received in brokering the contract; a second violation constitutes a felony. This policy was signed into law in 1992 by then-Governor Mario M. Cuomo, with broad bipartisan support.

END_OF_DOCUMENT_TOKEN_TO_BE_REPLACED


In its rush to legalize so-called “recreational” marijuana usage, we believe that our state’s elected officials are preparing to open a Pandora’s Box that will have multiple deleterious effects on individuals, families, and all of society.

While the Governor and some legislators see enhanced revenues for the state’s coffers through a new taxable marijuana industry, we are more concerned with consequences ranging from increased teenage and childhood usage, harmful effects on developing brains, addiction, natural progression to harder drug use, increased impairment-related transportation accidents and deaths, and other potential public health and safety issues.

END_OF_DOCUMENT_TOKEN_TO_BE_REPLACED

On January 22, 2019, the solemn anniversary of Roe vs. Wade, both the State Senate and the Assembly voted on and passed the radical “Reproductive Health Act,” numbered S.240. The Governor immediately signed and celebrated the new law. This law goes well beyond Roe in its permissiveness and aggressive promotion of abortion. For a full analysis, go HERE.

To see how every legislator voted go HERE. A “NO” vote is a pro-life vote. A “Yes” vote is a vote for abortion expansion. The Assembly vote is listed first; the Senate vote is second.

Finally, go HERE to send a message to your elected officials about their vote. Our advocacy tool will automatically send your Senator and Assembly Member the correct message based on their vote.


We pray that the passage of the Child Victims Act brings some measure of healing to all survivors by offering them a path of recourse and reconciliation. The legislation now recognizes that child sexual abuse is an evil not just limited to one institution, but a tragic societal ill that must be addressed in every place where it exists.

Sadly, we in the Church know all too well the devastating toll of abuse on survivors, their families, and the extended community. Every Catholic diocese in New York has taken important steps to support survivors of child sexual abuse, including the implementation of reconciliation and compensation programs. We are proud that these pioneering programs have not only helped well more than a thousand survivors of clergy abuse in New York, but have also become a model for how to help survivors in other states and in other institutions. END_OF_DOCUMENT_TOKEN_TO_BE_REPLACED

Today’s passage of the Jose Peralta DREAM Act is a strong example of legislation that nurtures real progress, based on respect of human life and the dignity of each person, compassion, service, community and opportunity for everyone.  This legislation will open doors to education that will transform lives and help individuals, families and communities thrive. As we honor and pay tribute to the memory of Senator Jose Peralta, we also pay tribute to the long history of Latino legislators y activists of all backgrounds, who worked tirelessly for many years, so that this day could become a reality.

Statement on passage and signing of abortion expansion legislation 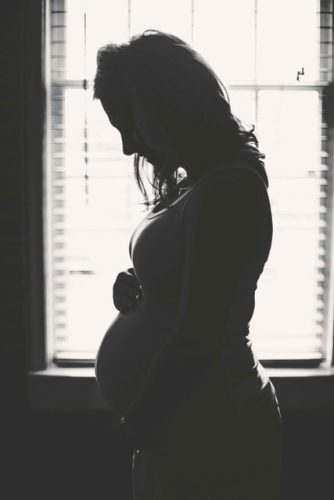 Following is a statement of the New York State Catholic Conference on the passage and signing of the Reproductive Health Act:

Today, New York State has added a sad chapter to this already solemn date of January 22, the anniversary of Roe v. Wade. With the legislature’s passage, and Governor Cuomo’s signing of the Reproductive Health Act, our beloved state has become a more dangerous one for women and their unborn babies.

Many of the state Senators and Assembly Members who voted for this abortion expansion are mothers themselves, who felt their child toss, turn and kick in their womb, and delighted in the progress of their pregnancy. Many others, as well as our governor, are fathers, who held their partner’s hand as they viewed the ultrasound videos, watched their child squirm and rejoiced at the first sound of a heartbeat. Many of these same officials were themselves born into less-than-perfect conditions – poverty, health problems, disabilities, broken families. All overcame these issues to rise to leadership in our state, because their parents chose life for them.

We thank all of our partners in the 12-year-long fight to stop this horrendous policy, and all pro-life New Yorkers who made their voices heard in an effort to stop it. Let us all pray for the conversion of heart for those who celebrate this tragic moment in the history of our state. And we pray in a special way for the lives that will be lost, and for the women of our state who are made less safe under this law.