Catholic Advocacy in the Palm of Your Hand 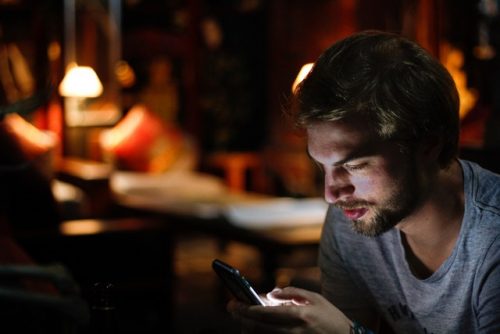 Catholic New Yorkers now have the tools to make their voices heard to their elected officials right in the palm of their hand. The Catholic Action Network (CAN) can now text critical alerts directly to users’ smartphones, with links to quickly send messages to their elected officials on urgent issues of the day. To sign up, just text the word CAN to 50457. You’ll immediately receive a one-time link to complete your registration, which is free.

“CAN is a critical tool for everyday Catholics to quickly contact their legislators on all of the major issues of the day, whether it be abortion or assisted suicide, religious liberty, threats to the family, fair funding for Catholic schools, support for the poor and vulnerable, or protection of our environment,” said Dennis Poust, director of communications for the New York State Catholic Conference, which operates the network. “And now it’s never been easier to do so quickly and efficiently.”

CAN provides users with pre-written, fully editable messages that can be sent to elected officials with the click of a button. The program uses street addresses to automatically direct the message to the correct legislators.

“Unlike other advocacy groups, the Catholic Conference doesn’t donate to political campaigns, but the one thing that talks louder than money is votes,” Poust said. “When lawmakers hear from their own constituents in large volume on an issue, they pay attention. It’s our most effective way of enacting public policies ordered for the common good.”

For those who don’t have a smartphone or prefer to receive the alerts by email, you can sign up by going to www.nyscatholic.org and clicking the Join the Network icon in the top right corner of the home page. Alerts are also posted to Facebook (Facebook.com/nyscatholicconference) and Twitter (@nyscatholicconf).

The Catholic Conference is the official voice of the Catholic Bishops of New York State in public policy matters.