‘For I am Lonely and Afflicted’

‘For I Am Lonely and Afflicted’

A Statement of the Catholic Bishops of New York State

Turn to me and be gracious to me,

for I am lonely and afflicted.

Relieve the troubles of my heart;

and free me from my anguish. 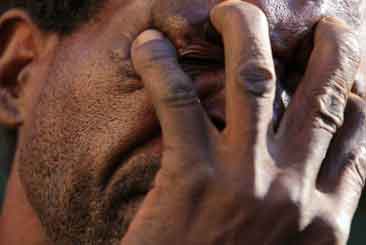 Mental illness does not discriminate. Neither age, nor ethnicity, nor economic or social status exempts one from its effects. According to the National Alliance on Mental Illness, one in four adults, some 61.5 million people, experience some form of mental illness in a given year, and one in 17, or 13.6 million, live with a serious mental illness. About 20 percent of youth experience severe mental disorders in a given year. And for every mentally ill individual there is a family – parents, spouses, children, grandparents – who are directly impacted as well.

In our society, those with mental illness are often stigmatized, ostracized and alone.  The suffering endured by mentally ill persons is a most difficult cross to bear, as is the sense of powerlessness felt by their families and loved ones. As the Psalmist called on God to deliver him from affliction and distress, so, too, does the person with mental illness cry out for healing. Our Judeo-Christian tradition calls us to be witnesses of God’s love and mercy and to be instruments of hope for these individuals.

We have no better example of how to respond to those with mental illness than that of Jesus Christ. Time and again throughout the New Testament, we encounter our Lord’s mercy toward this population. The curing of this affliction in men, women and children was a central part of Jesus’ healing ministry. Always, we saw Him engage these individuals in the same way he would engage anyone else, with tenderness. We are called to do no less. To do so, we must reject the twin temptations of stereotype and fear, which can cause us to see mentally ill people as something other than children of God, made in His image and likeness, deserving of our love and respect.

Our society has made great strides in our understanding and treatment of mental illness. But in many cases the labels and fears remain, continuing to influence public policies related to how people access the services they need to reach their full potential in society. For example, our society continues to assume mentally ill individuals are prone to violence, either directed against themselves or others. Yet, fewer than 5 percent of violent acts are committed by people with serious mental illness. Persons with mental illness are more often victims than perpetrators of violent acts, and they also are more likely to be victims of sexual abuse.

While a small percentage of individuals with very severe and untreated mental illness may be at an elevated risk of violence, especially when substance abuse is involved, this risk diminishes significantly with medication and treatment. Still, fear of violence and the unspeakably tragic examples of mass shooting by untreated mentally individuals perpetuate a stigma that threatens public support for continued movement toward a community-based model of treatment.

This phenomenon is not new. In 1980, following a societal shift toward de-institutionalization, the New York State Catholic Conference released a policy statement on the care and treatment of those suffering from mental illness. What is striking about this document 34 years later is how much of it continues to be relevant today as we have the same debates, try to counter the same fears, and witness the same human suffering.

“In keeping with its prophetic mission, the Church and its agencies identifies itself with the poor and rejected persons in society,” the Conference wrote three decades ago. “In our present society the discharged population often fits into the category of poor and rejected. In fact, in some places they suffer from every sort of poverty and lack basic human services.”

That document lamented the fact that communities were ill-prepared for influxes of people released from large psychiatric hospitals. In many cases they were met with fear and rejection. Lack of adequate programs led to many becoming homeless “street people,” as the document called them then. In response, the Catholic Conference offered several proposals. These included:

These recommendations remain relevant today, and we reaffirm them, even as the New York State Catholic Conference, in consultation with the Behavioral Health Committee of the State Council of Catholic Charities Directors, puts forward new, updated policy proposals acknowledging the passage of times and current realities.

Meanwhile, it is incumbent on us as bishops to highlight in a special way the second point from the 1980 document, with regard to developing “attitudes of acceptance and compassion” in our Catholic population. Let us be clear, it is our duty and the duty of every pastor, every chaplain, every religious education director and Catholic school principal, and all others in positions of Church leadership at every level to welcome with openness and affection those men, women and children who are afflicted with any form of mental illness and to integrate them into the life of the Church to the fullest extent possible.

Furthermore, all Catholics are called to be welcoming of this population in their churches, schools and communities. We must ask ourselves, have we always been as charitable as can be when we encounter those with mental illness? Have we sought to include them and make them feel welcome? Have we avoided the temptation to shun those who are different? Have we been open to residential housing or community mental health centers in our neighborhoods? If the answer to any of these questions is no, then we must again look to the example of Jesus given to us in the Gospels, repent for when we have failed, and resolve going forward to mirror His love and mercy for all God’s children.

In closing, we note our solidarity and our spiritual closeness with victims and families of victims of violence committed by all persons, especially persons with mental illness. As painful as such incidents are, they are magnified even more by the realization that had the offenders received effective ongoing treatment prior to the violent acts, many of these tragedies may well have been avoided. We must continue the important efforts to keep firearms out of the hands of mentally ill individuals, and all individuals prone to violence. At the same time, we must focus ever more attention on the care and treatment of such individuals. Treatment does work, and it is our fervent prayer that as our state explores new models of care, we can come to live in a society where those who suffer from mental illness can get the help they so desperately need, for their own peace and for the peace and safety of all.