Gov. Cuomo and legislature: Don’t let us down 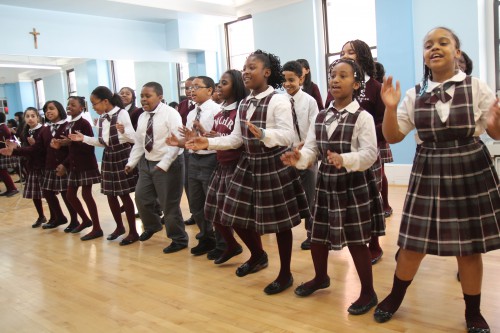 One year ago, with the promise of Education Tax Credits on the horizon, thousands of tuition-paying families were left out in the cold – excluded from a state budget that provides the nation’s highest level of spending per pupil in public schools. Governor Cuomo knows how genuinely disappointed we were.

This year, the Governor has included Education Tax Credits in his proposed state budget. And so we have renewed hope. But in politics, it is not enough to propose; the measure still must survive the negotiation process with the Legislature in order to be enacted, and we are strongly urging the Governor to be unwavering in demanding the tax credit be included in the final budget.

We have reason to be hopeful. In addition to the Governor’s important actions, we have seen continually increasing support for Education Tax Credits since last year. The state Senate has again passed the measure with strong bipartisan support, and strong bipartisan support exists in the state Assembly. Nearly 150 community, business, education, faith, and labor organizations support the measure, having seen the benefit such tax credits bring to improving educational opportunity in other states.

While tax law can be complicated, the bottom line is quite simple. The Education Tax Credit will help all children by encouraging increased charitable donations to generate more private scholarships for tuition-paying families and additional resources to our public schools. It’s a win-win for all families, regardless of where their children attend school.

Despite the strong support of families and parishes firmly committed to the value of Catholic education, more than 200 Catholic schools have closed in the last 15 years throughout New York State, simply due to increasing costs. This has been devastating, both to the children who missed an opportunity for a quality education, and for taxpayers.

Governor Cuomo is right to have called the Education Tax Credit a “matter of justice.” And with matters of justice, there can be no delay. Please join us in praying that our leaders include it in the enacted state budget this month.