Richard E. Barnes, who has served with the New York State Catholic Conference for nearly 32 years, the last 19 as executive director, has resigned after accepting a position as director of community relations and regional senior advisor for the Mother Cabrini Health Foundation, a $3.2 billion philanthropic foundation focused on improving the well-being of 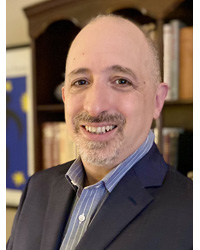 Dennis Poust, who has served as director of communications for the Conference for the last 20 years, has been appointed interim executive director by Cardinal Timothy Dolan, archbishop of New York and president of the Conference. The transition becomes effective January 1.

“We have been so blessed for so many years to have Rick Barnes at the helm of the state Catholic Conference,” Cardinal Dolan said. “His sharp legal mind, political instincts, and commitment

to social justice have made him an invaluable asset to the Bishops and to the entire Church in New York State. I’m pleased that Rick will continue to be in service to those in need through his important work at the Cabrini Foundation.”

Barnes, who received his bachelor’s degree from Valparaiso University (1983) and juris doctor degree from Albany Law School (1986) came to the Conference in 1989 as legislative counsel before being named executive director in 2001. He is a past president of the National Association of State Catholic Conference Directors. 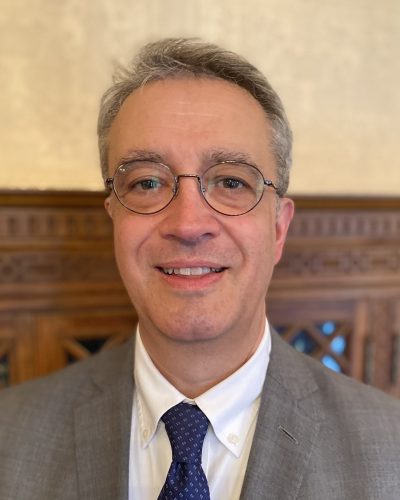 “It has been a privilege for me every day of the last 32 years to serve first as legislative counsel and then as executive director of the Catholic Conference,” Barnes said. “I’m grateful to the Bishops for the opportunity they have afforded me, and I am excited about my next phase and the chance to advance Mother Cabrini’s vision of the Gospel, in service to the poor and vulnerable.”

Barnes will serve as one of two community relations directors, with Barnes focusing on outreach to New Yorkers north of the Hudson Valley. With his three decades of experience and unique understanding of challenges facing these regions, he will also serve as a regional senior advisor to the Mother Cabrini Health Foundation executive staff.

Barnes and his wife, Sheila, live in Delmar and are the parents of two children.

Poust, who received a bachelor’s degree in politics from New York University in 1988, came to the Conference in 2001 after having lived the previous six years in Austin, Texas. Born and raised in the Bronx, he began his career as a reporter and editor at Catholic New York, newspaper of the Archdiocese of New York, and also contributed regularly to several national Catholic publications.

“As the long-time public voice of the Bishops on public policy matters, Dennis has demonstrated an intimate knowledge of the many important issues facing our Church and state, and an expertise in communicating – to the Catholic faithful, to the media and to public officials,” Cardinal Dolan said. “I have every confidence the Conference will be in good hands going forward.”

Poust noted: “I’m so grateful for the trust that Cardinal Dolan and the Bishops have placed in me. My life’s work has been to advocate for the teachings and positions of the Catholic faith in the public square, and this opportunity to lead the Conference as interim executive director is the culmination of that.”

He and his wife, Mary, live in Delmar, and have three children.