Bravo for Governor Jerry Brown in California! Last week the Democratic governor vetoed a bill that would have made California the second in the nation to allow women to sell their eggs to researchers. In his veto message, the Governor said, “Not everything in life is for sale, nor should it be.” Amen to that.

Paying women for their life-giving eggs to empower scientists to clone human embryos (and then destroy them!) is exploitative, dangerous and immoral. As Governor Brown noted, the risks to women are basically unknown at this point, and therefore too high in relation to the supposed benefit.  There is absolutely no biological benefit to the woman donor, and since there is no therapy associated with cloning or embryo research, there is no clinical benefit to society either.  This isn’t like donating an organ for transplant to save someone’s life. 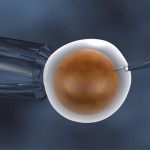 Women’s groups like NOW say that Governor Brown’s action is condescending and continues the so-called “war on women.” Nonsense. Governor Brown’s veto protected women, particularly poor women, immigrants, the unemployed, and college students who might be desperate for cash.

Tragically, in 2009 New York became the first state in the nation to allow financial payments to women who “donate” their eggs for cloning purposes. Yes, the state that says it’s cracking down on human trafficking currently allows and abets trafficking in human embryos.

It’s good to know that not everything New York does is emulated on the West Coast.