Statement from Timothy Cardinal Dolan on the Education Tax Credit 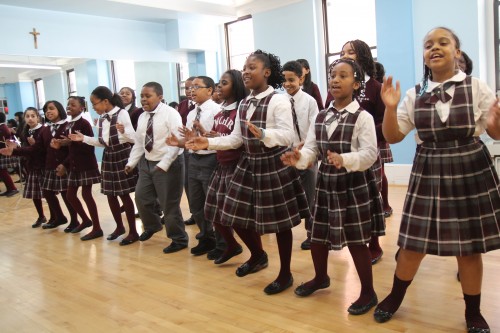 Following is a statement of Timothy Cardinal Dolan, archbishop of New York and president of the New York State Catholic Conference, regarding new developments related to the Education Tax Credit, which will encourage private giving to scholarship-making organizations for low- and middle-income families, as well as for programing in public schools:

“Today is a historic day for education policy in New York State with the inclusion of the Education Tax Credit in Governor Andrew Cuomo’s Executive Budget, as well as the state Senate’s passage of Senator Martin Golden’s tax credit bill earlier in the day. These developments provide the best momentum to date for the eventual enactment of the tax credit, which is supported by an overwhelming majority of both houses of the state Legislature, and would help working and poor families regardless of where their children attend school.

“On behalf of my brother Bishops of New York, I want to personally thank Gov. Cuomo, Senate Majority Leader Dean Skelos, Senators Golden and Simcha Felder, Assembly Member Michael Cusick and all of our allies in the Legislature, in business and in organized labor who have been fighting for years on this issue. We have been told by Democrats and Republicans at the highest level of state government that this tax credit is a “no brainer,” and we are overjoyed that a clear path toward enactment has been put in place by the Governor and Senate Majority today.

“There were many other items in Governor Cuomo’s address today worthy of our comment, which will come in good time. But for today, we want to focus solely on the Education Tax Credit to drive home the point of just how critical its passage is for the future of countless children across this state. Expanding educational opportunities is a clear matter of social justice, and we are so grateful for today’s actions.”