On Monday, May 23, the members of the Assembly Health Committee voted to release a dangerous physician-assisted suicide bill, A.10059/S.7579. Many opponents of assisted suicide were deeply disappointed, even discouraged. And rightly so – it was a step in the wrong direction for our state.

But do not lose heart! There were actually some very encouraging signs in this vote. First and foremost, the bill got through the committee by only the narrowest of margins; just one more vote would have kept the bill in committee. That does not happen often in a committee that is purposefully stacked with anti-life votes.

Second, six Democratic members of the Assembly (yes, six!), five of whom are self-described “pro-cho 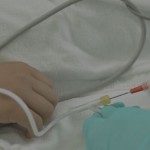 ice” members, voted against the bill. Their votes demonstrate to their Democratic colleagues that this issue is not a liberal litmus test – one can be a self-described “progressive” and be deeply concerned about the vulnerable populations who will be harmed by this legislation. More than a few committee members – of both political parties — spoke of the unacceptable risks to the elderly, the isolated and people with disabilities that would come from legalizing assisted suicide.

Finally, the bill did not move to the Assembly floor for a vote; it was simply sent to another committee, the Assembly Codes Committee, and no votes have been scheduled there. Nor are any votes scheduled in any Senate committees. The 2016 State Legislative Session is scheduled to conclude on June 16, and we are hopeful that this legislation will perish at that time, at least until next year, when we anticipate the battle will be rejoined.

Please continue to pray for a Culture of Life, and continue to educate others — including your own elected officials —  about the risks of legalizing physician-assisted suicide. Excellent resources can be found here and here.