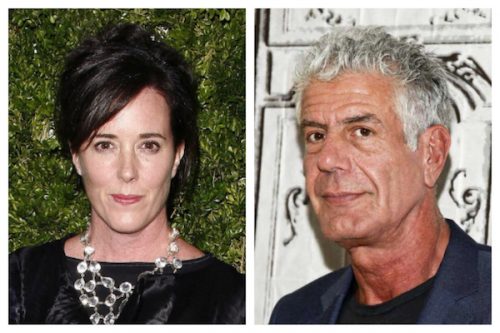 The recent suicides of designer Kate Spade and celebrity chef Anthony Bourdain highlight a deeply disturbing trend in the United States. Data from the U.S. Centers for Disease Control (CDC) reveals that suicides are climbing in the United States. The suicide rate went up more than 30% in half of the states around the country since 1999. In New York State, the increase was 29%. In just one year alone (2016) in the U.S., 45,000 lives were lost to suicide. It is now the tenth leading cause of death in the country. For certain this is a public health crisis.

And I can’t help but think about how the legalization of physician-assisted suicide in some states may be contributing to this crisis. There’s a thing called “suicide contagion,” and it’s real – exposure to, and acceptance of, suicide will increase the risk of suicide to others. Take Vermont, for example, which enacted doctor-assisted suicide in 2013; their suicide rate has jumped almost 49%.

I recommend this page from the CDC website, which offers all the statistics, plus excellent tips on preventing suicide. Among the tips are these, which I note with some irony:

The same CDC website lists the 12 warning signs that someone might be at risk of suicide. The first one listed is “feeling like a burden,” one of the top reasons given by terminal patients for wanting life-ending drugs in those states which have legalized assisted suicide.

This isn’t rocket science. Suicide is suicide is suicide, and we should be working hard to reduce its incidence among all people, for any reason. And that includes terminally ill people who may feel devastated, depressed, alone, and burdensome. We need consistent messages about suicide prevention.

One Response to “We need consistent messages about suicide prevention”

St. Pope John Paul II explains that the measure of greatness for any nation is how well we care for the vulnerable amongst us.

Any state or community which authorizes assisted suicide is sending a message to those in distress that considering suicide is a legitimate option. It confirms their fear that they may be a burden – on finances and convenience.

Instead, as a family, a community, a church, and a society, we need to show compassion. Part of the challenge is that there are some opportunists in our society who are purposefully trying to corrupt the definition of compassion. Its truest definition means “to suffer with” or “to share in someone’s suffering.” It does not mean “to eliminate the sufferer.”

We need to send the message to terminally persons and anyone in distress that “We are here for you. It may not be easy but we are going to research, apply, and be present with you to administer the best possible care and comfort.” Then there is reason for hope.