What is the New York State Catholic Conference? 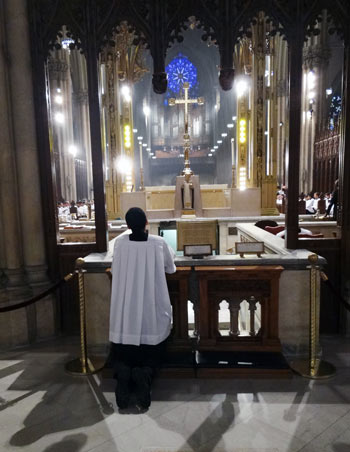 The New York State Catholic Conference represents the Bishops of New York State in matters of Public Policy. The role of the Conference is to seek justice, fairness and charity for all, with a particular emphasis on the poor and vulnerable.

Our positions transcend political platforms or ideologies. The Conference is neither Democrat or Republican, liberal or conservative. Our positions are based on the principles of Catholic social teaching and recognition of the innate dignity of every human person made in the image and likeness of God.

The Conference advocates for the agenda of the Bishops as it relates to state government. We seek to work in partnership with the state to fashion public policies that respect the human person from conception until natural death. Our positions and statements are made with malice toward none and charity toward all.