Which is more dangerous: tanning or abortion?

Today the New York City Board of Health voted to assume regulatory control over tanning salons. City Health Commissioner Thomas Farley called the practice of indoor tanning “unnecessarily dangerous.” So, since the city has no power to ban the salons, they are going to vigorously enforce the health and safety standards on the books: cracking down on unlicensed shops; requiring operators to undergo training; ensuring there are adequate warning signs and eye-ware for patrons; and certifying that no one under 17 years old gets inside (that’s state law.) 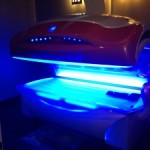 All good. I have no beef with any of it. But come on! When was the last time New York City did anything about the unlicensed abortion clinics all over the five boroughs? Shouldn’t abortion facilities be held accountable to at least the same standards as tanning salons to protect the health and safety of women? Are routine inspections ever done to ensure trained staff, sanitary conditions, emergency back-up, and overall patient well-being?

The murder convictions against Philadelphia late-term abortionist Kermit Gosnell earlier this year should give us all pause. Gosnell blatantly disregarded the law, preyed on indigent women who were in their final weeks of pregnancy, and callously killed at least one woman and three babies born alive in his abortion mill. The grand jury report on his actions indicated that his abortion facility was not inspected in 17 years, and that the reason for this was purely political: administration officials concluded that inspections would be “putting up barriers to women seeking abortion.”

C’mon, New York City, we are better than that, aren’t we? Please, please enforce the law, inspect the clinics, provide necessary oversight, and safeguard vulnerable women.