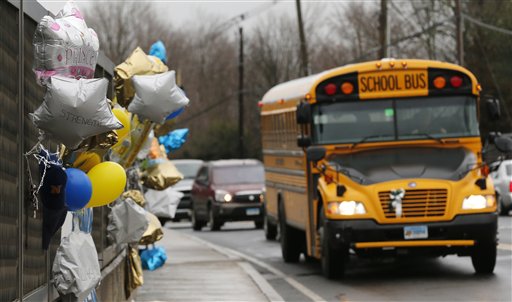 The horrific shooting at Sandy Hook Elementary School in Newtown Connecticut prompted a bold and swift response from Governor Cuomo and state lawmakers with the enactment of the strongest state gun control measure in the nation. Included in the NY SAFE Act, but largely unreported, was additional funding for schools to enhance their safety and security measures. One problem, the funds were destined only to public schools.  Another provision of the bill created a new School Safety Improvement Team to review safety plans submitted by — you guessed it — only public schools.  During the few hours that the bill was being negotiated, the Catholic Conference, together with the Orthodox Union and the UJA Federation of New York,  cried foul, as did a half dozen legislators.

In the end, it was those few legislators (Senators Jack Martins and Simcha Felder and Assembly Members Mike Cusick, Steve Cymbrowitz, Michael Simanowitz, & Phil Goldfeder) who led the fight to ensure that funding for safety and security would be provided to all schools. If Sandy Hook taught us one thing, it’s that no school is completely safe.  The religious and independent school community owes these legislators in particular a debt of gratitude for standing up for all kids.